Prof Lawrence D. Carrington, honoured by Trinidad and Tobago for his work on French Creole.*
Professor Emeritus Lawrence D. Carrington was awarded the Chaconia Gold Medal for language and development for his work on French Creole. The Chaconia Medal (Gold) may be awarded for long and meritorious service, tending to promote the national welfare or strengthen the community spirit in the Republic of Trinidad and Tobago. According to the Citation read on Republic Day, "Professor Lawrence Carrington, Professor Emeritus, University of the West Indies, in the spheres of language and development. Lifelong academic and educator, Lawrence Carrington has played a key role in the development of the French Creole* language in the Caribbean. Professor Carrington has conducted extensive research on the nature of Creole languages and has served at the highest levels of administration throughout the region. As Pro Vice-Chancellor of UWI, he led the development of the UWI Open Campus. A prolific author, Prof Carrington has produced scores of influential publications and spearheaded the development of a common spelling system of French Creoles of the Eastern Caribbean." 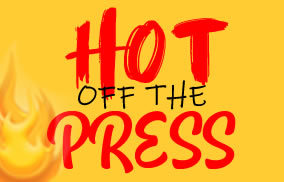 Experience the Benefits of Membership!